Taking It to The Streets: Stonewall 50 Utility Box Project

Home> Taking It to The Streets: Stonewall 50 Utility Box Project

Taking It to The Streets: Stonewall 50 Utility Box Project

On Saturday May 11, students from the East High School National Arts Honor Society installed art on Colfax Avenue in recognition of the 50th Anniversary of the Stonewall riots in New York City that launched the modern era campaign for LGBTQ rights. The project is in conjunction with the Colfax Ave Business Improvement District (BID) and The Center on Colfax.

Colfax has been proudly inclusive and many in the LGBTQ community and The Center on Colfax have made it a welcoming place for everyone. Colfax is home to Charlie’s Nightclub, X Bar, and the last remaining lesbian bar in Denver, Blush and Blu -- and all are part of the reason that the Coors Light Denver Pride Parade marches down Colfax each June. 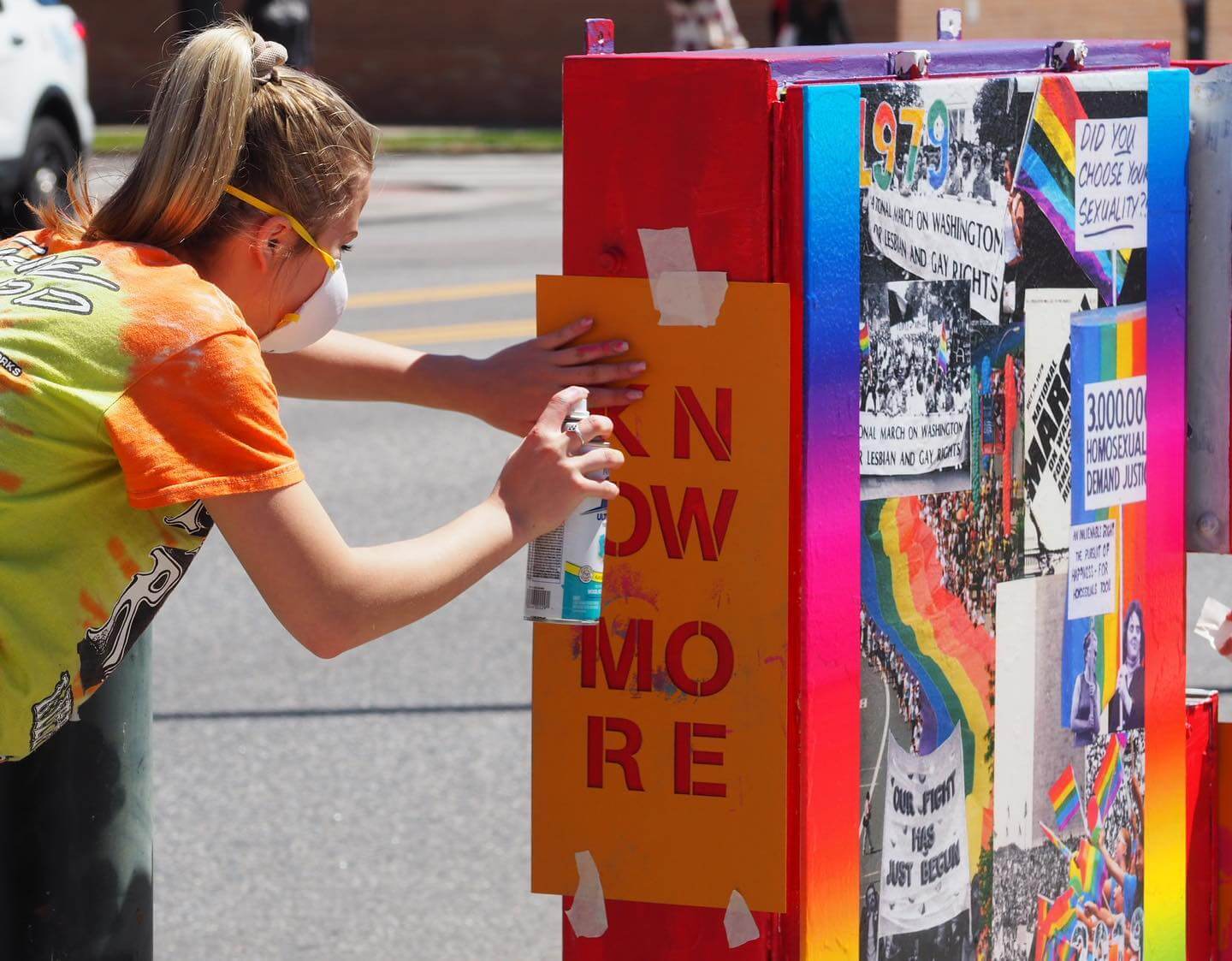 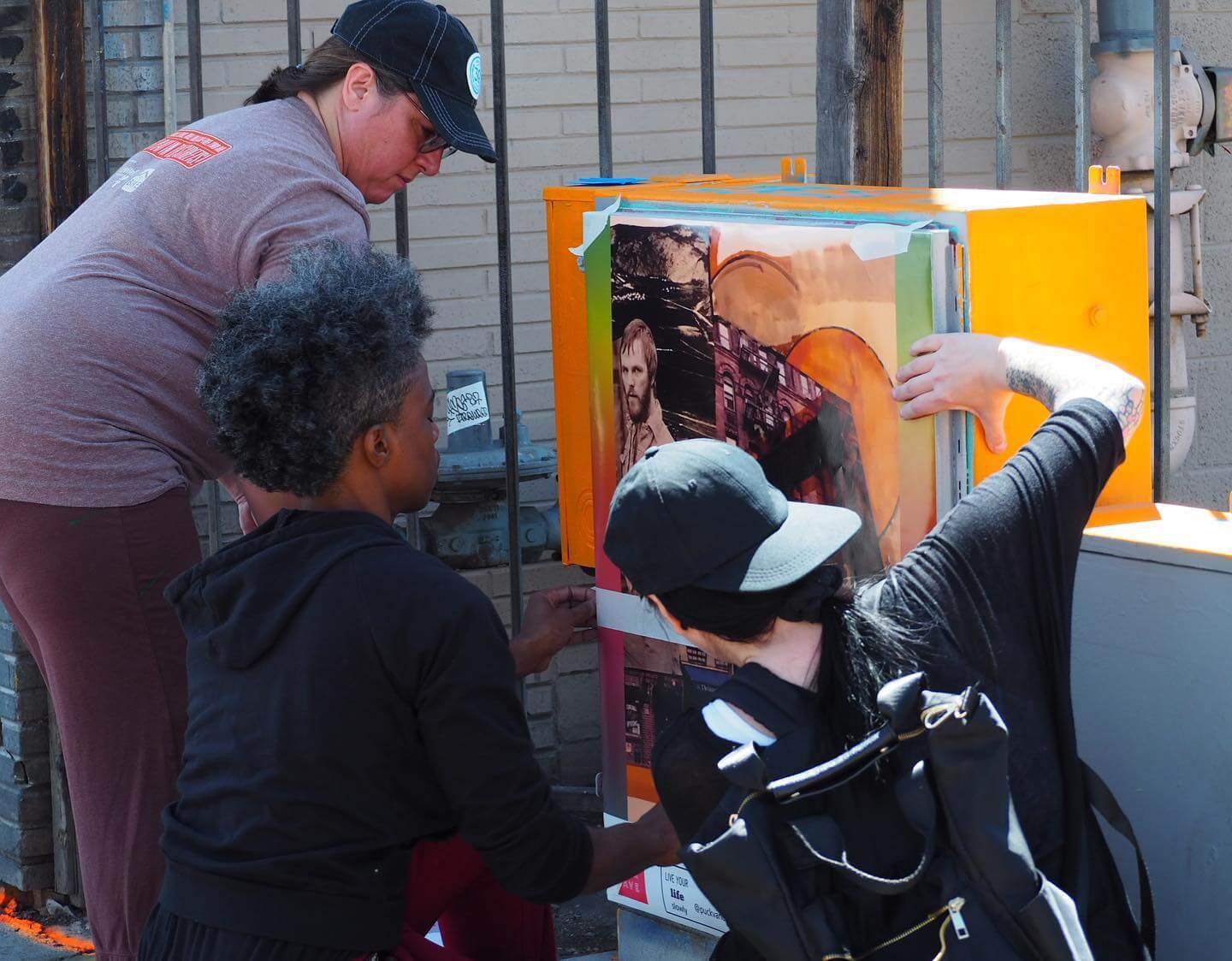 “The LGBTQ community has long been instrumental in forging the Colfax character,” says Colfax Ave BID executive director, Frank Locantore. “It’s been a real treat to be part of an art project with them as they’ve helped teach students about the 50-year effort for civil rights and for the students to then tell those stories with art publicly displayed along Colfax.”

On the fourteen power boxes providing the electricity for the lamp posts between the State Capitol and East High School, students have designed large format collages on vinyl stickers that tell aspects of the story of the LGBTQ movement since the riots at the Stonewall nightclub in 1969 when police raided the establishment and the patrons had enough of the blatant discrimination.

“The students at East High have done an incredible job researching and portraying some of the key struggles LGBTQ people have faced in the 50 years since Stonewall,” says Rex Fuller, Vice President of Communications & Corporate Giving at The Center on Colfax. “We are very proud to share these images with the community just in time for our celebration at Denver PrideFest.”

Students in the National Arts Honor Society at East High did a similar project with the Colfax Ave BID, the nonprofit advocacy group WalkDenver, and a local artist as part of a Vision Zero art project in 2018.

"The opportunities to be able to collaborate with the Colfax Ave BID allows us to engage with the community, build relationships, and be able to display our personal vision," says East High student Nell D.

Nell and the other students were able to work with artist Adrienne Norris of Afro Triangle Designs who worked with the students on how to tell stories through collage.

“Everyone at The Center on Colfax is so excited to see these amazingly creative art pieces go up on utility boxes around our neighborhood,” Fuller said. “This has been a wonderful and creative opportunity to share the history of Stonewall on this important anniversary.” 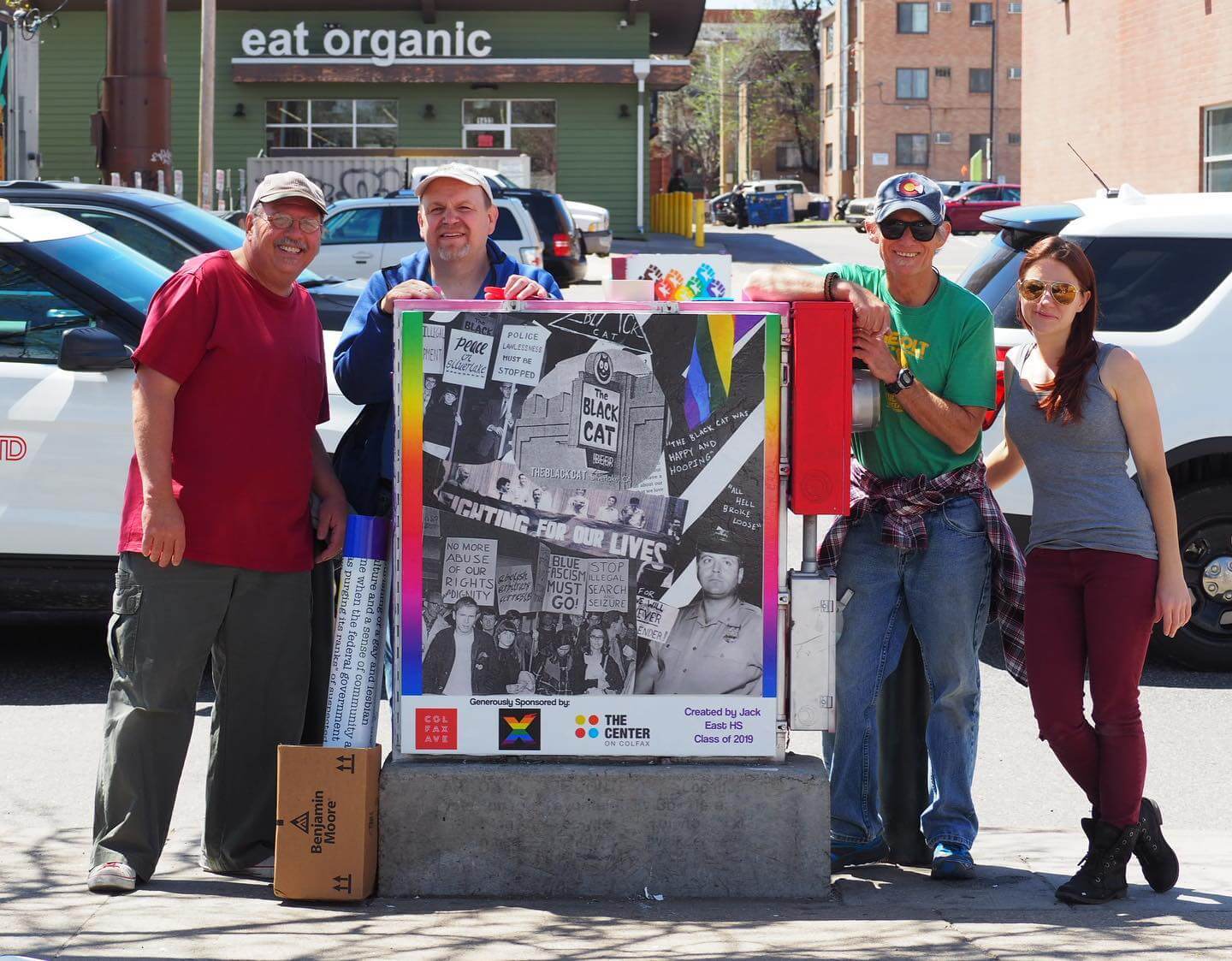 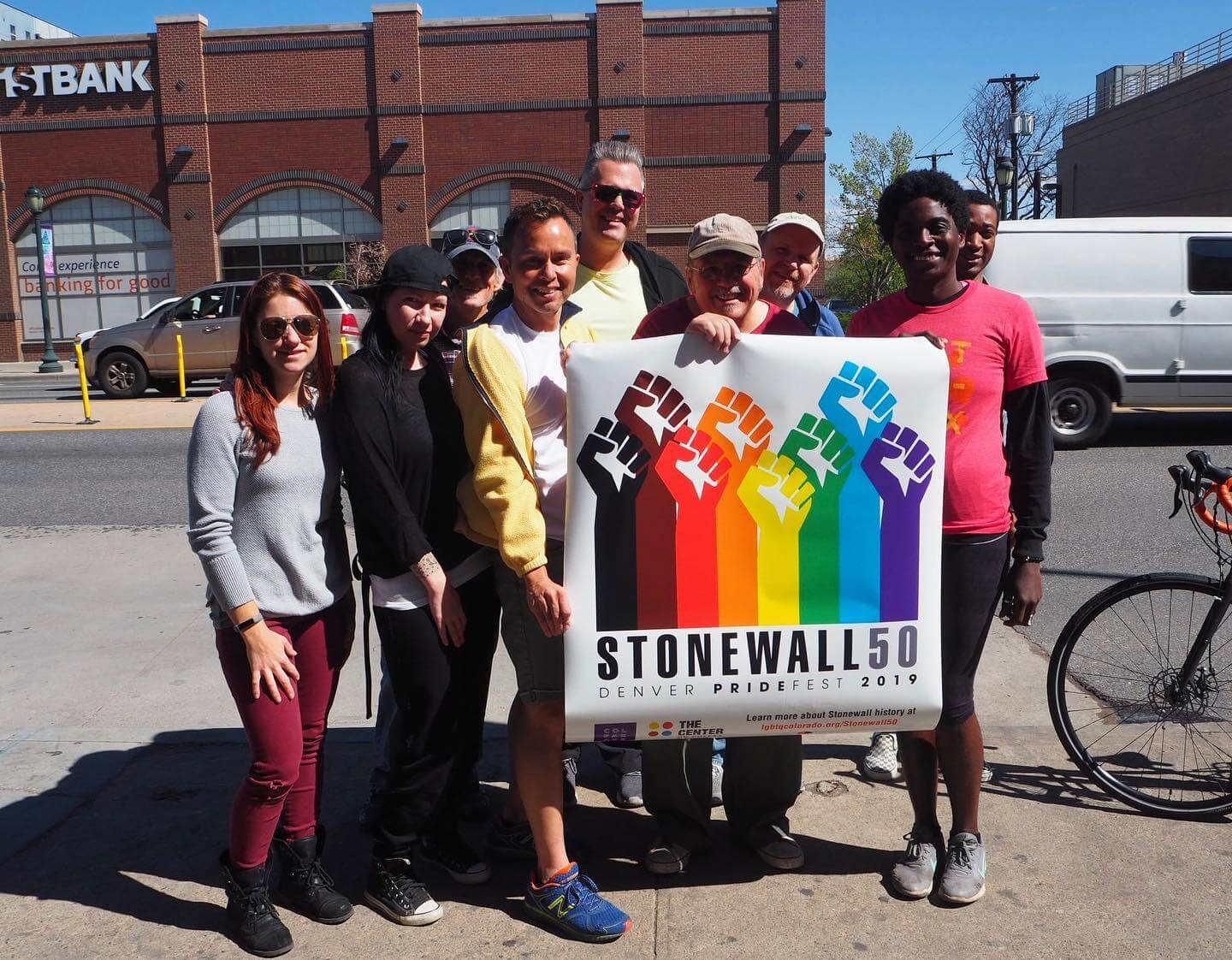 The students designs are displayed on the pedestrian side of the boxes and The Center on Colfax has a special 50th Anniversary logo design on the street side of the boxes. The Center on Colfax along with fourteen local businesses and Colfax friends sponsored the artwork being installed today including, X BAR, Charlie's Nightclub Denver, Irish Snug, The Squire Lounge, Argonaut Wine & Liquor, The Corner Beet, Rooted Heart Yoga & Wellness, Herbs & Arts, Pando Denver, The Drop - Planned Parenthood of the Rocky Mountains, Uptown on the Hill, Althea/Mariposa Group Vintage Theater Outing, and @puckvancamper.

The students’ original art will be displayed as part of a community art project helmed by The Center in honor of the 50th Anniversary of Stonewall.

Review images of the students work and the stories behind them or learn more about The Center's year-long Stonewall 50 project.