Ryann Peyton is a litigator and a seasoned consultant and advocate on professionalism, diversity, and equity in the legal field. Ryann's legal practice is focused on civil litigation with an emphasis on LGBT families and civil rights. Ryann earned their law degree from the University of St. Thomas School of Law and holds an LLM and undergraduate degree from the University of Denver. 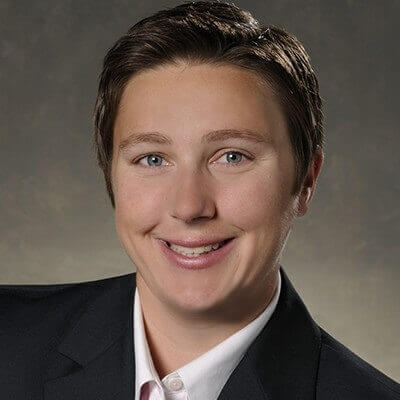 As predicted, the United States Supreme Court overwhelmingly in a 9-0 opinion dealt a major defeat for LGBTQ equality in today’s ruling in a case known as Fulton v. City of Philadelphia.

In the first case to be heard by the Court since the landmark marriage equality[1] and federal employment discrimination cases [2] of 2015 and 2020, the Court gave some indication of where it stands in a clash between religious freedom and laws and policies that protect LGBTQ rights. The answer: Religious freedom prevails if nondiscrimination laws are not applied in a neutral fashion.

The question of how to balance sincere religious beliefs against the government’s interest in protecting LGBTQ rights is one that came before the Court through a well-known Colorado wedding cake dispute. In 2018, the justices confronted this question in the case of a Colorado baker who refused to create a custom cake for a same-sex couple because he believed that doing so would violate his religious beliefs. The justices ultimately issued a narrow ruling for the baker, holding that the state administrative agency that had ruled against him had treated him unfairly by being too hostile to his religious beliefs[3]. The justices did not decide, however, whether requiring the baker to bake a cake for a same-sex couple would violate his right to freedom of speech under the First Amendment.

In Fulton, a similar First Amendment question returned to the Supreme Court in a lawsuit brought by Catholic Social Services (CSS), a foster-care agency associated with the Archdiocese of Philadelphia. During the 50 years that it has worked with the city to place foster children, CSS has worked with thousands of foster parents. CSS utilizes home studies to vet and certify prospective foster parents. These certifications are effectively endorsements of a foster family and CSS’ Catholic beliefs preclude it from certifying the spouse or partner of a foster parent if the couple is a married same-sex couple.

The dispute began after the Philadelphia city council passed a resolution that instructed the Department of Human Services, which is tasked with finding a home for foster children, to change its contracting practices. The resolution informed the foster placement agencies that it would no longer refer children to them unless they agreed to comply with the Philadelphia Fair Practices Ordinance, which prohibits discrimination on the basis of sex, sexual orientation, gender identity, and marital status and is a requirement in all foster care agency contracts. CSS sued the city claiming the free exercise clause of the Constitution gives it the right to opt out of the nondiscrimination requirement in the contract.

In today’s ruling, the Court agreed that Philadelphia’s refusal to contract with Catholic Social Services for the provision of foster care services unless CSS agrees to certify same-sex couples as foster parents violates the free exercise clause of the First Amendment. It is important to note that the Court’ ruling was limited in addressing the City of Philadelphia’s contracting process. Specifically, the Court found that the contracting process was not applied neutrally and as a result, the process did violate CSS’ free exercise of religion.

The justices did not, however, recognize a broad license to discriminate against LGBTQ people based on the religious beliefs of those that receive taxpayer funding. Governments may continue to enforce laws protecting LGBTQ people and others from discrimination and are not being forced to allow religious organizations to discriminate.

That being said, anti-LGBTQ discrimination in our country remains a widespread issue and the Court’s ruling does little to clarify what will happen in future constitutional clashes when LGBTQ rights intersect with religious freedoms. While today’s limited ruling is not a complete victory for LGBTQ rights, the biggest loss is dealt to the children of Philadelphia in foster care.

Allowing agencies to “opt out” of contractual requirements based upon their religious beliefs could have dire consequences for the 437,000 children in foster care across the country. There is a shortage of homes for these children, and allowing agencies to turn away qualified, loving families because they do not meet the agency’s religious test only exacerbates the problem. Providing an exemption for religious foster-care agencies that refuse to certify same-sex couples is harmful for foster children by limiting the pool of potential foster parents, especially loving and affirming families for the thousands of LGBTQ youth who are both disproportionately represented in the foster-care system and more at risk for negative experiences in that system.

Today’s ruling does NOT give license to discriminate against LGBTQ people and same-sex couples, women, people of faith, unmarried couples, and others based on religious expression. However, here in Colorado we must continue to be vigilant to ensure that Colorado’s anti-discrimination laws are applied appropriately to all publicly funded organizations, even religiously affiliated organizations, providing social services and assistance. CSS relied on the Masterpiece Cakeshop, Ltd. v. Colo. Civil Rights Comm'n ruling to argue that non-neutrally applied anti-discrimination laws violate the free exercise clause of the US Constitution. It is well established that laws that are neutral and generally applicable do not violate the Free Exercise Clause even if they burden religious liberty. We still have much work to do to continue to “thread the needle” of protecting LGBTQ civil liberties without running afoul of constitutional religious freedom protections.